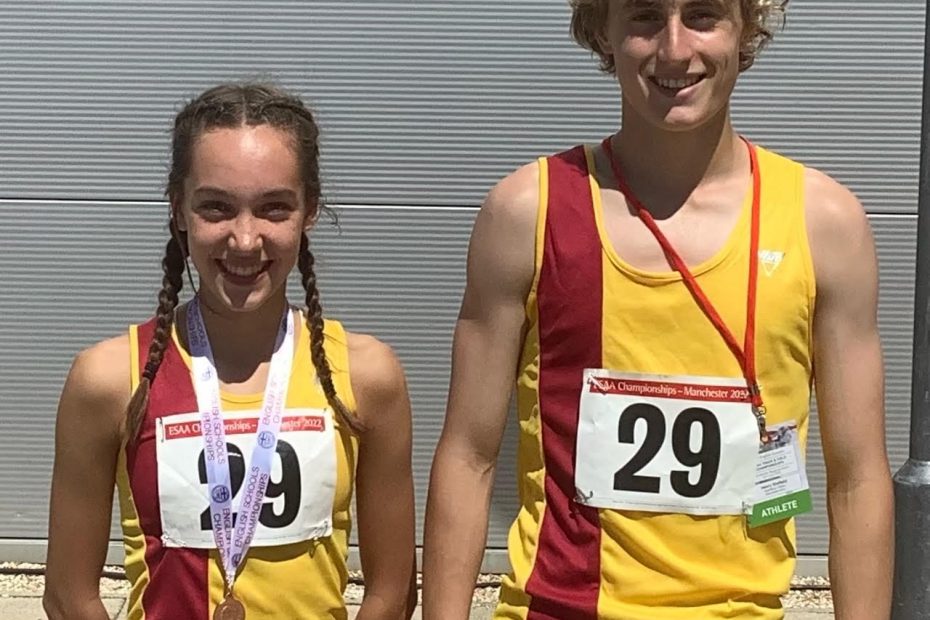 A Bronze Medal for Sienna Rosewell

Stroud Junior training partners Sienna Rosewell and Henry Sheffield who are both in year 10 were selected to represent Gloucestershire in the combined year 10/11 1500m, in Manchester at the English Schools championships held over 2 full days at Sport City in Manchester.

This was Sienna and Henry first championships and being bottom of the age group were not sure what to expect as they took on the best runners from 45 English counties. The heats to gain one of the 12 places in the final took place at 12.30 on Friday, with both Sienna and Henry winning their heats in style just outside there PB’s.

On Saturday late morning both finals were held, with the boys first. Henry acquitted himself well as always in a good position to cover any moves, at the bell the pace picked up to to 3min 50s mile pace and Henry who was carrying fatigue from the heats could not match the pace and finishing an excellent 8th in the fastest race In the country this year and one of the fastest of all time.

Sienna was next in a scrappy race with lots of pushing and shoving as all 12 girls tried to be the right place. When the race hotted up Sienna was at the back and long way from the front and was slow to react but when she did she made steady progress through the field to get into the Bronze medal position as she entered the home straight and kicked to the finish. 50m to the finish a spirited and determined runner managed to got on her shoulder, only for Sienna to find another gear to pull clear and win the Bronze medal.