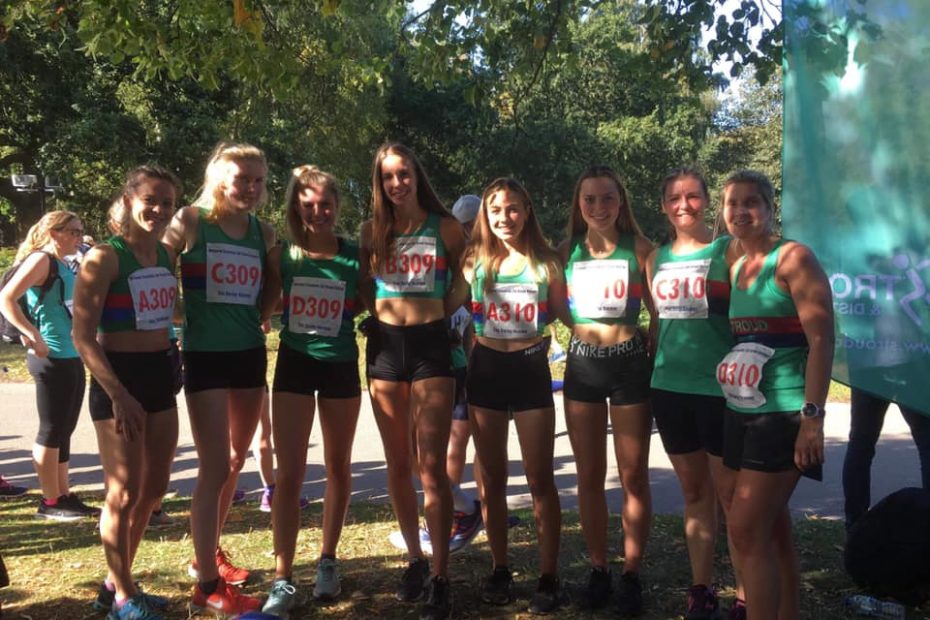 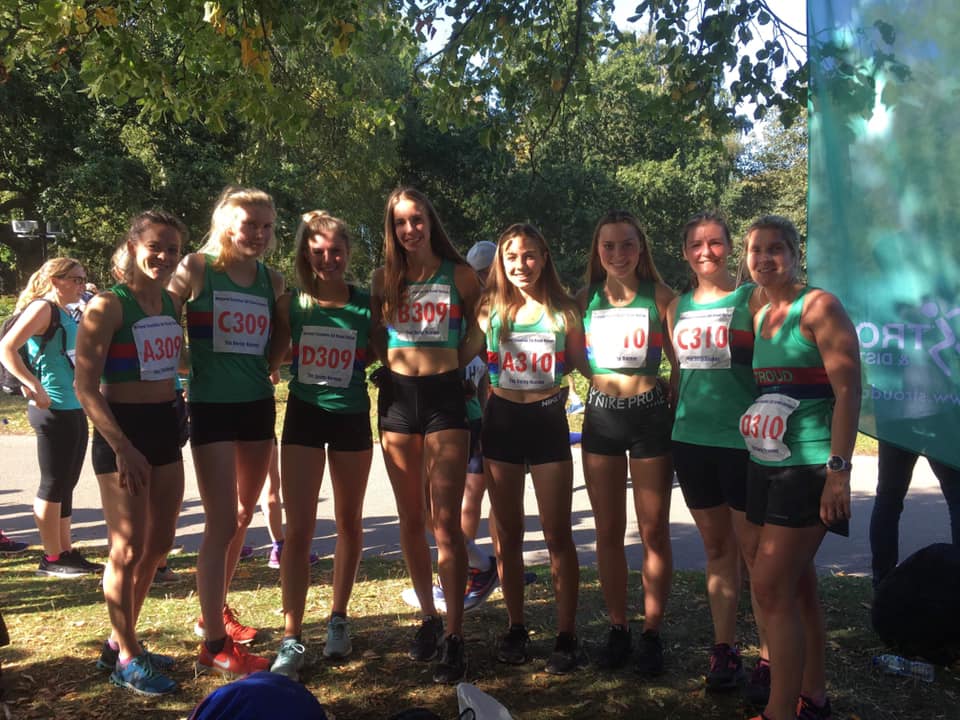 Well done to the ladies team at the midlands road relays. The teams came 20th & 46th out of 107 teams, fantastic results. Well done to some of the juniors making their speedy senior debuts (Annie Testar, Inca padfield & Merryn), lovely to have you all in the ladies team. Well done to Emily Chandler with the quickest time for the Stroud ladies & extra special thankyou to KJ Newcombe for running so well when she was so unwell.

A slow coach journey up was brightened up by Andy Grace-Calvert’s motivational tips and Ian Cutler’s steady supply of jelly babies.

A last minute change of running order after Ian Newns and Lee Stopford were held up in traffic meant Lee Rankin (V45) took first leg. In a first leg laden with the strongest runners, Lee finished 46th in 20:47 (that would have been fast enough for top 20 overall in the masters competition).

Alastair Cambell took on leg 2 and pulled back an incredible 15 places to put the team back into contention in 29th with a sub 20 minute 19:28. Ian Newns continued his good form with 20:42 and moved us up to 26th.

Lee Stopford took on Leg 4 and attacked from the start. A sub 19 minute 18.55 from Lee put us into the top 20 with a time 36th fastest over all six legs on the day.

So over to Tom Mortimer who loves to run the anchor leg and pulled out a 17:48 (the third fastest time on the day) and dragged Stroud into 14th place with 1:59:36 and qualification for the Nationals.

Tom’s coach Chris Brown was pleased with his run which was just outside his 2017 performance and off interrupted training this summer.

For the B Team, Ian Cutler took on the craziness of leg 1 and worked through the field picking up places in 22.30. Junior Liam Daley ran fastest for the B Team in 21:56 to move the team to 62nd.

Solid middle legs from Will Trippett 23:47 Nick Hitchcroft 22:37 and Clive Poole 27:14 held the team in the top 70. The evergreen Chris Jurervicius cemented 70th place out of 104 complete teams in 2:24:24. With a team full of veterans this time would have earnt 14th in the Master’s competition.

A really positive day for the club to enter two complete teams a special thanks to team manager Ian Cutler for pulling everything together.