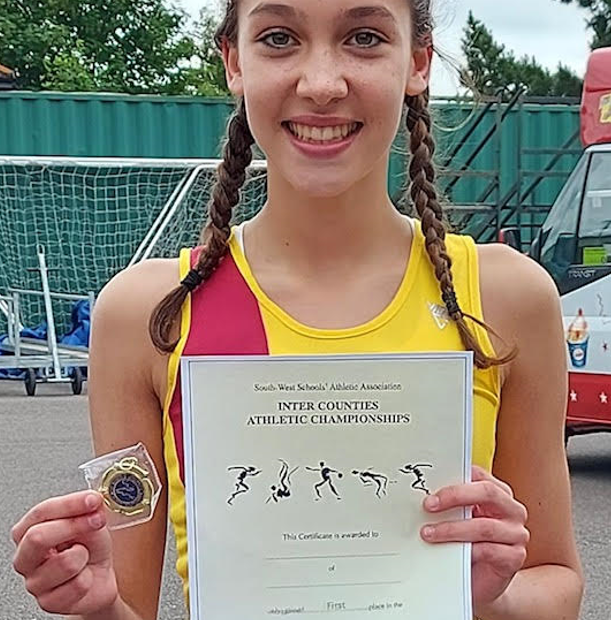 Stroud and District AC junior middle distance star 15 year old Sienna Rosewell who has 2 years in this age group impressed in the 1500m at the Schools South West track and field Championships held in Exeter representing Gloucestershire. Sienna first broke the 12 year old U17 club record in May and lowered it again in early June by a further 2 seconds. She is in great form but she faced the defending champion who also finished 4th in the National championships last year, who was coming off the back of her fastest ever 1500m time and this would be run on her home track.

The race started in windy conditions with the defending champion controlling the race and Sienna settling in behind her trusting her finish. With 250m from the finish Sienna made her move pulling away to take the victory and title in 4min 36s.

The other 15 year olds in the same training group at Stroud as Sienna also performed well for the County Schools.

Picture of Sienna Rosewell with her medal and certificate.