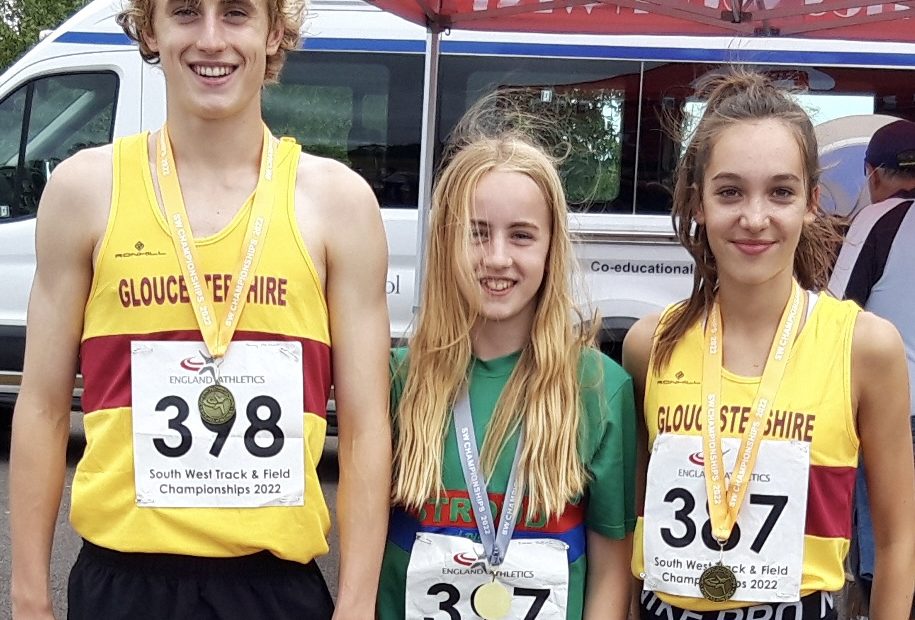 The two 15 year old Stroud 1500m stars, dropped down to the shorter and faster U17 800m at the South West Championships in a windy Exeter on Sunday.

Henry Sheffield showed he is gaining in experience as he navigated his way through a high quality field in a slow tactical race in windy conditions to win the sprint finish up the home straight to take the victory and title.

Sienna Rosewell was keen to keep the title in Stroud after Lexie Bull won it in 2021. With the Somerset’s SW Schools Champion who is ranked 5th in the country at 800m going in the race it was going to take a strong performance from a focused Sienna. With 600m she kicked hard for home using her 1500m strength to pull away for a clear victory and the title.

Elsewhere Stroud U17 Freya McFadden followed Sienna home to win the Bronze medal for Stroud. U13 Eleanor Sheffield who was not selected to represent Gloucestershire, ran in a Stroud vest in the windy conditions running a 3.6s second PB in the 800m to win the Silver Medal in 2min 26.3s