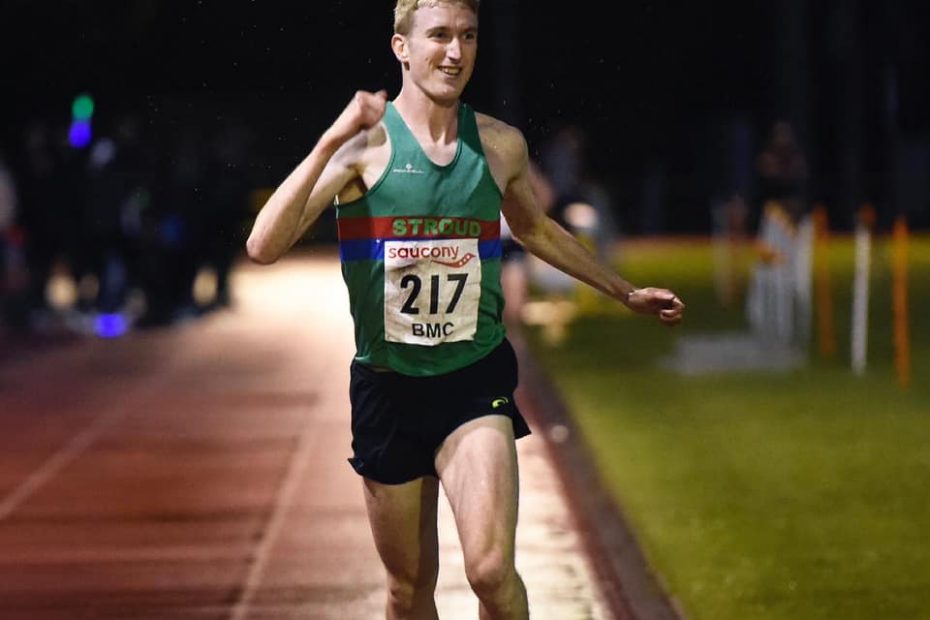 Stroud AC star Tom Mortimer delivered the best display of his career on Tuesday night in the Diamond League 3000m in Gateshead which was one of the fastest in history breaking one of the world best stadium records where all the worlds best athletes have raced since the Brendan Foster broke the 3000m world record by 4s, plus there was also national records, for Spain, Scotland, and Italy.

Mortimer broke Steve Ovett 44 year old U23 British record by 3s with a time of 7min 38.73s. This moves Mortimer to the top of the European U23 rankings by an amazing 14s, and 7th overall in Europe! This was even more impressive as Tom raced the 5000m in + 30oC sunshine on Saturday at the European U23 championships in Tallinn, Estonia whilst going for the win he tired in the heat late on and was caught to finish a disappointing 4th! Looking to make amends he flow back with the GB team on Monday evening and travelled straight to Gateshead.

Mortimer has already had an amazing season, not known as a 1500m runner he won the home nations 1500m Championships as a guest representing Loughborough University, that was followed by his first Senior GB call up in the European super league in the 5000m where he finished 4th lowering his best time by 15s.

Stroud Coach Chris Brown said “Tom is targeting the Paris Olympics in 2024 and he had 3 aims this year to get faster from 1500-5000m, be selected for the European U23 Championships and achieve the Commonwealth 5000m entry standard for next year as part of his build up to Paris, and he has achieved all 3. What pleased and impressed me  was the way he ran at Gateshead and I have no doubt there is more still to come this summer which could move him into the world class elite bracket a lot earlier than planned”

previousTom Mortimer became the first Stroud athlete to represent the GB team at the European U23 track and field championships.
nextProvisional Results from the 2021 Beer Race